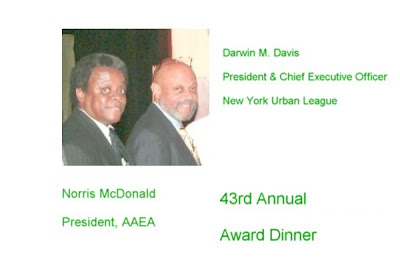 Approximately 19,000 incandescent light bulbs are being replaced with complex fluorescent light (CFL) bulbs in the 343 public housing complexes in the city. The New York Public Housing Authority currently spends about $7.4 million a year for electricity at Castle Hill Houses and Queensbridge South and North complexes. It is projected that the CFLs will reduce electricity costa by 17%. (Daily News, 4/29/08)
Posted by Norris McDonald at 5:19 PM 3 comments:

Broadwater Energy (Shell Oil & TransCanada) are bypassing the state and appealing to the U.S. Department of Commerce to get approval for their proposed floating liquefied natural gas (LNG) facility in the middle of Long Island Sound.

Governor Patterson rejected the LNG proposal in April on environmental and safety grounds and the project was also opposed by Connecticut Governor M. Jodi Rell. The $700 million project would probably be very helpful in providing natural gas to TransCanada's recently purchased Ravenswood power plant.
Posted by Norris McDonald at 5:11 PM No comments:

The New York Power Authority (NYPA) has authorized the selection of Astoria Energy LLC to provide electricity to NYPA's government customers in the city. Astoria Energy plans to build a new natural gas-fueled generating plant in Queens to supply power under a proposed 20-year contract with NYPA. The plant will help make up for the Power Authority's scheduled retirement in January 2010 of the Charles Poletti Power Project, also in Astoria. Astoria Energy expects the new plant, which is fully licensed, to be in service by the summer of 2011.

We were wondering how a new powerplant could be approved without an Article X powerplant licensing law (review process) in place, but evidently this plant had been previously approved before the expiration of Article X of the New York State Public Service Law . In 2001, the New York State Siting Board approved the construction of 1,000 mw of generating capacity at a 23-acre site in Astoria. Astoria Energy completed the first phase of the project in May 2006 when it placed in service a 500-mw combined-cycle facility for providing power to Con Edison. The pending supply contract with the Power Authority provides for Astoria Energy's implementation of the next phase with the construction of the second 500-mw facility.

NYPA trustees authorized the new supply contract, pending completion of final negotiations with Astoria Energy and the approval of the agreement by the New York City governmental customers, for the supply of 500 megawatts (mw) of generating capacity. The customers include the City of New York, the Metropolitan Transportation Authority, the Port Authority of New York and New Jersey, the New York City Housing Authority and the New York State Office of General Services. The new supply contract will provide reliable generating capacity for New York City schools and hospitals, the subways and commuter trains, public housing and other essential services in the city. 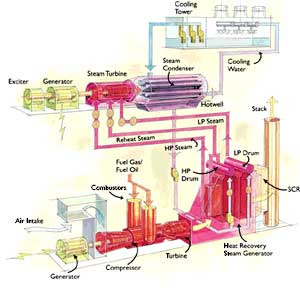 In addition to that proposal, NYPA previously selected a joint proposal by Hudson Transmission and FPL Energy, in November 2006 that would involve construction of a new 345- kilovolt transmission line under the Hudson River to deliver up to 500 mw of supply capacity from an existing power plant in Central New Jersey. The additional power supplies from both RFPs are needed for the New York City governmental customers' long-term needs.

NYPA uses no tax money or state credit. It finances its operations through the sale of bonds and revenues earned in large part through sales of electricity. It is the nation's largest state-owned electric utility, with 18 generating facilities in various parts of the state and more than 1,400 circuit-miles of transmission lines. (The Queens Gazette) (NYPA Combined Cycle)
Posted by Norris McDonald at 3:52 PM No comments: