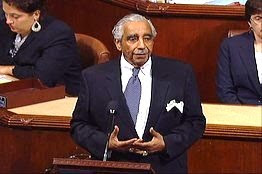 Posted by Norris McDonald at 3:58 PM No comments:

Dana died on August 7, 1999 at California Pacific Medical Center in San Francisco. Dana was a native of New York and lived in Washington, D.C. She was in San Francisco for treatment of kidney disease and consequences of a stroke when she died. 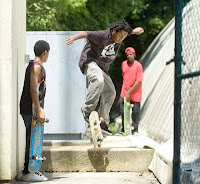 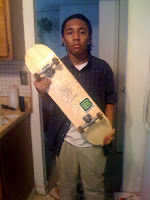 Her son, Khalil Alston-Cobb, now 17, resides in Clinton, Maryland. He is (or was at 16) a skateboard enthusiast (see videos). Here is how Khalil describes himself on his MySpace page:

"I like Skateboarding, Playing videogames, listening to music, talking to Gurls, surfing the Web, and Chillin wit the Homies."

Khalil is also on Twitter. He has a great skateboarding video on MonsterArmy.com. He is listed on Children of the Struggle. Dana would be very proud of her teenage son. All who knew her are not surprised that Khalil is an energetic and productive young man.
Posted by Norris McDonald at 9:25 AM No comments: