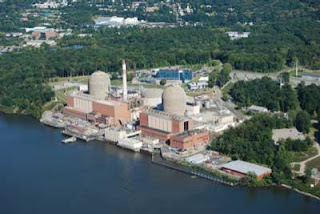 Connecticut Attorney General George Jepsen and New York Attorney General Eric Schneiderman have teamed up to improve air quality, an especially formidable challenge in densely populated communities clustered near major highways like I-84, I-95, Route 8/25 and the Merritt Parkway.

Although this is a good first step, more needs to be done to protect our community's most vulnerable members. Like any agents of cure, Jepsen and Schneiderman are compelled to first do no harm.
In my opinion, that means ending a series of cross-border legal actions both attorneys general have undertaken to effectively try to close the Indian Point Energy Center in New York. That facility produces 2,000 megawatts of virtually emissions-free power each day.

Connecticut residents, too, need clean power to illuminate their homes and workplaces, to power our jobs and economy. Given its own issues, taking up arms in a neighboring state seems to be going in the wrong direction. (Conn Post, 7/27/2012)
Posted by Norris McDonald at 3:58 PM No comments:

New Report Shows 1 in 8 Children in NY Has Asthma 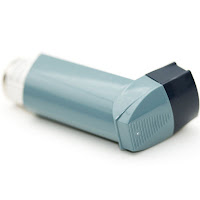 The New York City Department of Health and Mental Hygiene has release a report showing that one in eight New York City children has been diagnosed with asthma, with poor children nearly twice as likely to suffer from the respiratory disease.  The report was based on a 2009 survey and is the first time the city Department of Health and Mental Hygiene has estimated the number of children with asthma. The survey of parents found that 177,000 children 12 years and younger—or 13% of children in that age group—had received an asthma diagnosis at some point in their lives.

New York City's rate on average is higher, but then within the city we know the rate varies dramatically. The rate is really pulled up by the high rates in poor neighborhoods.  For instance, children in East Harlem are almost 13 times more likely than those on the Upper East Side to visit an emergency room because of asthma, the report said. Eighteen percent of Hispanic children and 17% of black children have been diagnosed with asthma, compared with 5% of white children.
Nationwide, the number of people with asthma continues to grow, with about one in 10 children, or 10%, having asthma in 2009, according to the Centers for Disease Control and Prevention. The CDC classifies children as between the ages of 1 and 18.

Asthma has been a persistent problem in urban centers with high poverty rates. The report confirms what doctors know. Child asthma hospitalization rates, which city officials have been tracking for some time, have shown decreases across the board. Still, disparities persist. Rates in the Bronx were two to three times higher than in the city's other boroughs.  (WSJ, 7/17/2012)
Posted by Norris McDonald at 7:20 AM No comments: