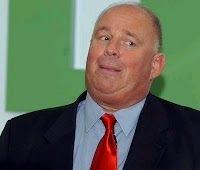 Richard M. Kessel took office as president and chief executive officer of the New York Power Authority, the nation’s largest state-owned electric utility, on October 14, 2008. Mr. Kessel, an expert on New York energy issues, served as chief executive officer of the Long Island Power Authority (LIPA) from 1997 to 2006, and chairman of the LIPA Board of Trustees from 1989 to 1995. Mr. Kessel was responsible for several notable achievements during his tenure at LIPA. 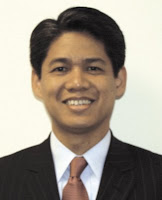 Posted by Norris McDonald at 10:52 AM No comments: 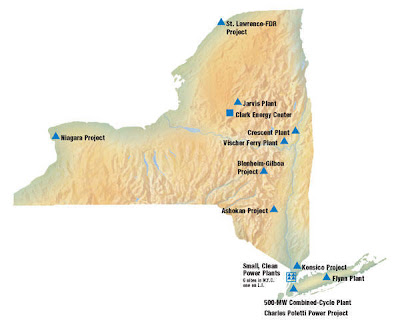 Governor Franklin D. Roosevelt established New York's model for public power through legislation signed in 1931. This effort to secure public control of New York's hydropower resources was the result of a bipartisan effort that began with Governor Charles Evans Hughes in 1907.

NYPA serves as a non-profit, public-benefit energy corporation that does not use any tax revenue or state credit. NYPA finances construction of our projects through bond sales to private investors, repaying bondholders with proceeds from our operations.
Posted by Norris McDonald at 10:34 AM No comments:

AAEA Energy Audits and Weatherization Circa 1988 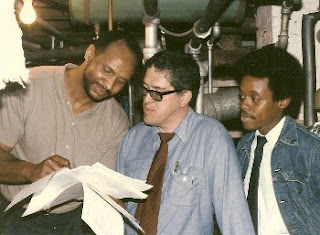 AAEA was doing green jobs 20 years ago. From energy audits and weatherization to water efficiency retrofits (fixing leaks and changing out toilet parts) and influencing policy decision making, AAEA was in the forefront of what today appears to be a new thing. AAEA audited, weatherized and installed water improvements in hundreds of homes in the 1980's. AAEA Vice President Derry Bigby and AAEA President are pictured at right with another technician (middle) in the basement of a home reviewing the results of an energy audit in 1988. Note the beard, mustache and afro.
Today AAEA has expanded its scope to include a mix of energy sources. It takes a combination of energy sources to power America because our country is made great by having abundant supplies of energy at reasonable prices. AAEA believes in this ethic and supplements it with the belief that technology, combined with good policies, can keep the USA secure with reliable sources of energy. AAEA promotes clean coal technology, wind & solar, conservation and efficiency, natural gas and nuclear power. AAEA will continue to promote green jobs and sustainable development. We also work on toxics remediation, environmental justice and global warming mitigation projects. AAEA is also the only environmental organization in the United States that uses objective criteria in evaluating its support or opposition for development projects.
Posted by Norris McDonald at 5:40 AM 1 comment:

Should Blacks Own Coal Mines in a Global Warming World?

We asked once and we are asking again, should African Americans participate in the coal business? Or should blacks join with mainstream environmental groups to end the use of coal as a fuel to produce electricity? Let us know.
Regardless of your opinion, you should know that coal is currently used to produce 50% of America's electricity. If you want to shut down the coal industry you can contact the Sierra Club. If you're interested in getting into the coal business you can click here. Of course, the real question here is: will the established coal industry allow blacks in? Clearly the traditional environmental movement has big trouble in this area.
AAEA is promoting a realistic model for using coal in an environmentally friendly manner that also includes the production of hydrogen and transportation fuels. The AAEA Energy Defense Reservations Program (EDR) would be extremely expensive, but considering the money being doled out to bail out antiquated businesses, this program should be the future. The federal government should direct $300 billion to the EDR Program, which would complement the green jobs program being promoted by President-elect Obama. AAEA supports green jobs and the use of coal in an EDR Program to satisfy America's dynamic electricity needs.
Posted by Norris McDonald at 5:30 PM No comments: 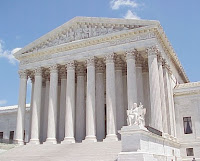 The United States Supreme Court heard oral arguments in Entergy Corp. v. EPA on December 2, 2008. AAEA President Norris McDonald attended the hearing. The case will determine whether or not the Environmental Protection Agency (EPA) is authorized to compare costs with benefits in determining the “best technology available” (BTA) for the cooling water intake structures of existing power plants. AAEA-NY believes cost/benefit analyses should be included in determining BTA.

This case will affect electric power plants that use a 'once-through' water-use process to cool heated water (steam) used to produce electricity. One interesting question in the proceeding: what is the cost of a fish egg?
Posted by Norris McDonald at 10:25 AM 14 comments: