Note: AAEA believes that Entergy's Indian Point and Fitzpatrick (if it continues to operate) nuclear power plants should receive CO2 credits under any climate legislation.  Gina and Nine Mile Point should also receive such allowances in a CO2 trading program. 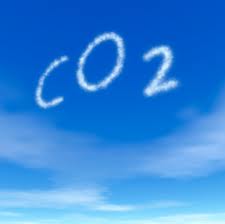 The New York State Assembly approved a climate change bill Wednesday.  The legislative session ends on June 16. Assemblyman Steve Englebright, a Democrat, introduced the bill on May 23. So far, a companion proposal has not been introduced in the state senate, with only eight working days left in the legislative session. Unlike the assembly, which is 70 percent Democratic, the state senate is more evenly split between parties.
The legislation requires the state to reduce greenhouse gas emissions from major sources to zero by 2050. That would demand a near total decarbonization of its economy, and it would put New York among the world's leaders on forceful climate action. To achieve it, the bill gives the state until 2030 to get at least 50 percent of its electricity from clean energy.
By next year New York would have to generate 27 percent from renewable sources. In February, New York got about 28 percent of its electricity from renewables, mainly from hydroelectric power, according to the U.S. Energy Information Administration.
The legislation, called the New York State Climate and Community Protection Act, is also notable for its emphasis on environmental and economic justice, according to the bill's advocates. It aims to "prioritize the safety and health of disadvantaged communities" and "it creates good jobs and protects workers and communities," a memo by lawmakers said.
The bill does not specify how the carbon targets are to be met, deferring decisions on such possibilities as a new cap-and-trade or carbon tax mechanism.  It does say, however, that 40 percent of the funds generated from any new market scheme established to meet the targets must be used for research and development of energy programs in disadvantaged communities. It earmarks money from the state's Environmental Protection Fund toward building clean energy projects and improving energy efficiency in low-income housing areas, including solar installations, wind turbines and heat pumps.
The bill also mandates that the state's energy transition create new jobs for the people likely to lose their jobs as New York shifts away from fossil fuels.
The new bill expands on the state's existing greenhouse emissions reduction goal to cut emissions by 80 percent from 1990 levels by 2050. California, long the nation's climate action leader, has that same goal, which is also in line with targets promised by the world's nations in the Paris climate agreement.
The proposed legislation also solidifies the renewable energy goal of getting half the state's electricity from renewable sources proposed by Gov. Andrew Cuomo earlier this year, an energy goal shared by California.
The new proposal tasks the Department of Environmental Conservation (DEC) with creating greenhouse gas emission limits for specific industries, rules for meeting these reduction goals, such as a carbon tax, and then tracking those reductions over time. To provide input on these regulations, a new group will form called the New York State Climate Action Council involving members across the state government, from the governor's office to state legislators to regulators. New York already is part of the Regional Greenhouse Gas Initiative, a multistate emissions trading system to reduce carbon dioxide pollution from power plants.
Before drafting emissions reduction rules, the DEC will have to conduct a study identifying the barriers that disadvantaged communities face in accessing and owning clean energy sources, as well as other climate-related programs. Two new groups will form—the disadvantaged communities working group and the environmental justice advisory group—to help consult on this study, and the resulting policies and regulations that come out of it.  (Inside Climate News, 6/1/2016)
Posted by Norris McDonald at 5:52 PM