Exelon Generation, owner of the nation’s largest nuclear fleet, has agreed to assume ownership and management of operations of Entergy Corporation’s James A. FitzPatrick Nuclear Power Plant in Scriba, NY.

In recent months, Entergy and Exelon began discussing a path forward that would allow the plant to continue operating beyond January 2017. The CES, approved last week, will save thousands of high-paying jobs and spur hundreds of millions of dollars in short-term investments in energy infrastructure in upstate New York. Without the CES, upstate nuclear plants would have been at risk of closure. 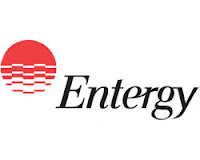 Under the agreement totaling $110 million, Entergy would transfer FitzPatrick’s operating license to Exelon. The New York Power Authority has agreed to transfer the decommissioning trust fund and liability for FitzPatrick to Entergy, and if regulatory approvals are obtained and the transaction closes, Entergy would then transfer the fund and associated liability to Exelon. Transaction closure is dependent upon regulatory review and approval by state and federal agencies, including the US Department of Justice, the Nuclear Regulatory Commission, the Federal Energy Regulatory Commission and the New York State Public Service Commission.

The transaction is expected to close in the second quarter of 2017. As Exelon has previously indicated, approval of the CES means the company will reinvest millions right back into the upstate economy, including approximately $400-500 million in operations, integration and refueling expenditures for the upstate plants in spring of 2017, all of which will have a positive impact across the state. 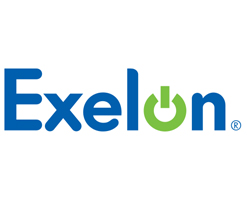 Exelon has committed to refueling FitzPatrick in January 2017 and does not anticipate any immediate change to staffing levels at the plant, which normally employs about 600 people. Acquiring FitzPatrick aligns with Exelon’s broader efforts to preserve the nation’s existing nuclear energy facilities and the economic, environmental and reliability benefits they provide. New York’s nuclear plants power millions of homes and businesses.

Replacing economically challenged nuclear units with carbon-based generation would significantly increase emissions in the state, making it far more difficult and expensive for customers and the state to meet their emissions reduction goals. The transaction also aligns with Entergy's strategy of reducing its merchant power market footprint.

The 838-megawatt James A. FitzPatrick Nuclear Power Plant generates carbon-free electricity for more than 800,000 homes and businesses. Exelon operates two other nuclear energy facilities in upstate New York: R.E. Ginna and Nine Mile Point, the latter of which is adjacent to FitzPatrick. Together, Exelon’s two upstate plants provide carbon-free electricity to more than 2.5 million homes and businesses while employing more than 1,500 full-time staff.  (Entergy Newsroom, 8/9/2016)
Posted by Norris McDonald at 10:45 AM